Outkast Sports put on a show in Fiji tourney The 22-year-old New Zealand open men’s team middle player is eager to stay in the Touch Blacks side for 2019 World Cup in Malaysia and he enhanced his chances with tournament MVP honours and top tryscorer honours as his Outkast Sports open men’s team won The Fijian Cup Men’s Championship with an unbeaten run in Fiji at the weekend.

His Touch Blacks coach Peter McIntyre of Auckland was among the spectators as Robinson-Bartlett scored 23 tries in six games.

“Ash might have been a bit greedy but he certainly played well. The fans were continually flocking to him for photos after each game,” his proud uncle and Outkast Sports player-coach Anaru Bartlett said.
“While Ash is looking good for re-selection in the New Zealand team Mataeus [Hawks basketballer Marsh] and Jordan [Hastings Boys’ High School 1st XV rugby player Thompson-Dunn] could follow him if they continue playing like they did,” Bartlett said.

Outkast Sports won the first prize of $7,500, an impressive kava bowl trophy and a $1500 bar tab at the Sheraton Resort where they stayed. Robinson-Bartlett won $1000 for player-of-the-tournament.

“We were blown away with the hospitality. We spent four days at the resort and when we weren’t playing there were plenty of activities like fishing and snorkelling for the team to do,” Bartlett explained.

One of two Kiwi teams in the six-team men’s section, Outkast Sports, beat Fijian teams Inside Out 10-4, Taki Mai 12-2, 2 Fresh Nadi 10-2 and Elite Touch of Canterbury by default and drew 7-all with 2 Fresh Suva in round robin play before beating Taki Mai 10-1 in their semifinal and 2 Fresh Suva 12-5 in the final.

“Elite didn’t have a full contingent of players when they arrived in Fiji and then they were hit with injuries so they defaulted to us. We’re going back again next year and we know it will be tougher because some Aussie teams as well as Peter McIntyre’s Playing Up club from Auckland will be there. We will take our women’s team as well next year,” Bartlett, 37, explained.

He was the oldest player in his team and 14-year-old Jaden Murphy was the youngest. This is the second international title the Hawke’s Bay open men’s champions for the past four years have won as three years ago they won the Waitangi Weekend title on the Gold Coast.

Two summers ago a mixed team from the club won the open mixed title at the prestigious Whakatane Open tournament which is regarded as the country’s toughest open club tournament.

A Marlborough team played in the women’s section of the Fijian tournament and were beaten by a Fiji side in the final.

“Touch is still in the development phase in Fiji but it was a well-run tournament with Touch New Zealand referees. Peter [McIntyre] ran several coaching clinics for the Fijian teams and we donated uniforms and balls to the Fijian players,” Bartlett added.

The Fijian Cup is the most incredible getaway tournament around. In support of FIJI with thanks to sporting codes across New Zealand & Australia, Fiji Airways and Tourism FIJI. Compete, relax and unwind at a tournament like no other!

Fijian Cup is proudly brought to you by TourismHQ. 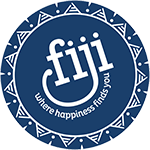